PiLON’s tradesmen, customer liaison officer and site manager were all flabbergasted to be presented an Award of Appreciation from a delighted customer following the completion of her new kitchen and bathroom.

The resident was so appreciative of the tireless way that the team completed the works, despite the “Beast from the East” cutting off vast areas of Kent. She was amazed that the team still turned up to  complete the works on time and without any fuss or disruption.

Just after the works were completed, Helen noticed a leak coming from the flat above which without hesitation our team repaired. Helen searched the internet for ideas to thank the team as she felt just a box of chocolates was nowhere enough to show her thanks, which is where the idea of award of appreciation came from.

Helen went on to say that:

“In 20 years of living in my flat I had never received such a quality service, where everyone involved in working in my home had gone the extra mile, exceeding my expectations in every way.”

“It was very humbling to receive such a unique award of appreciation.”

PILON’s contract with Gravesham Borough Council is delivered through a Framework run by the South East Consortium. 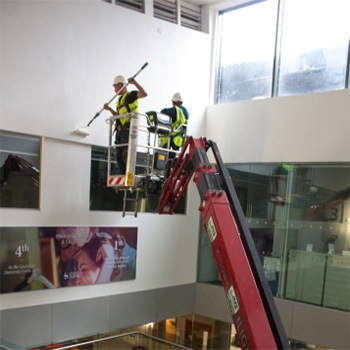 PILON is Shortlisted for SME...